Svalbard is a small group of islands in the Norwegian Arctic, whose northernmost point is 80 degrees north, about 600 miles from the north pole.  I went there for 2 weeks in early April of 2022, mostly to do an 9-day photographic tour on the ice-hardened ship MS Freya with Josh Holko.

Before we went out on the ship, I took a really fun 20 kilometer (13 mile) dog sledging trip from just outside Longyearbyen (the major town there).  During the trip we also climbed down into an ice cave - pretty "cool"!!

The entrance to the dog sledging camp is pirate themed - ahoy! 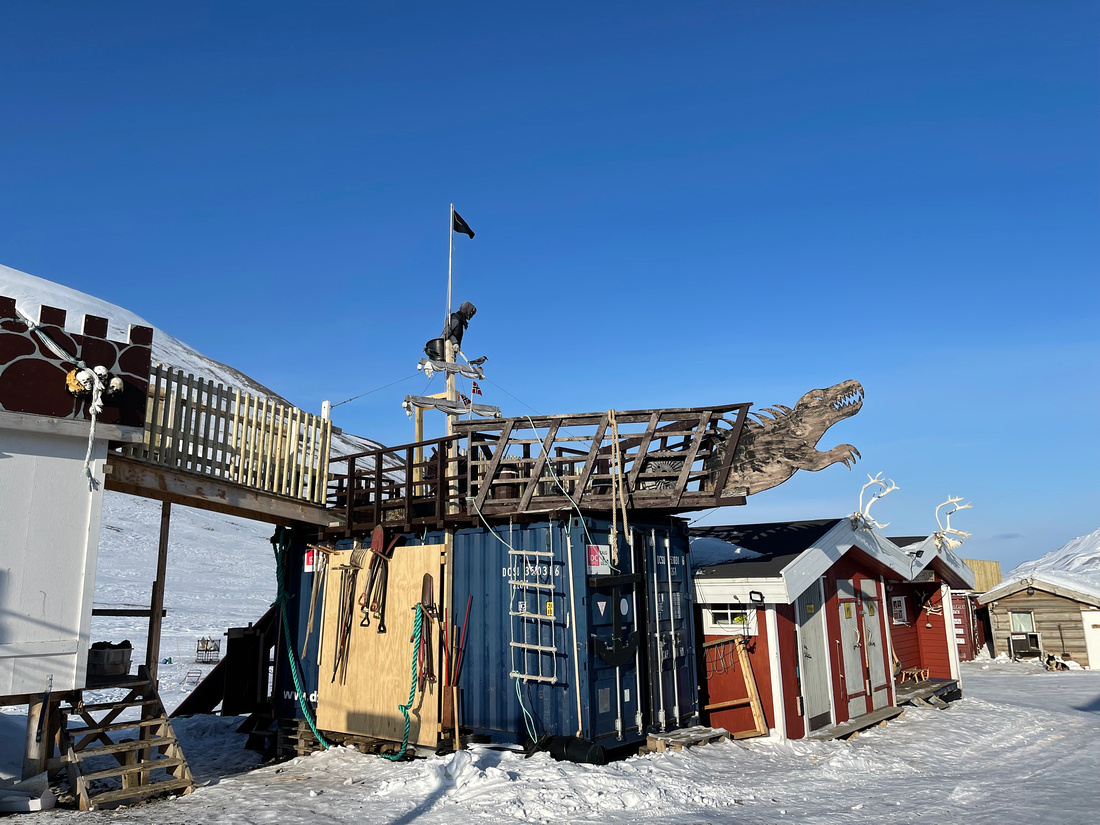 After suiting up in warm body suits, boots & gloves, you get quickly trained on how to lash the dogs to the sledge and drive the sledge.

Then you pick up the dogs and lash them to your sledge yourself.  Nine (9) dogs for the lead sledge with the guide, food, emergency equipment... and the all-important bear-rifle... just in case!!  Six (6) dogs for each guest sledge.

Then off you go!  Two guests per sledge - one riding, and one driving.  You switch-off during the trip to give each a chance to ride and drive. The dog at the rear-right is named Oak. He is an experienced Greenlandic dog - very muscular and strong, with a level-personality. He is one of the Guide's 30 dogs and a crowd-favorite - people come back just to see him! He's paired with a young, high-strung female at the rear-left, to help her get adjusted to the routine. You can see the differences in their running style if you look!

The minimalistic Arctic scenery along the way is strikingly beautiful!

Arriving at Day Camp for Lunch. 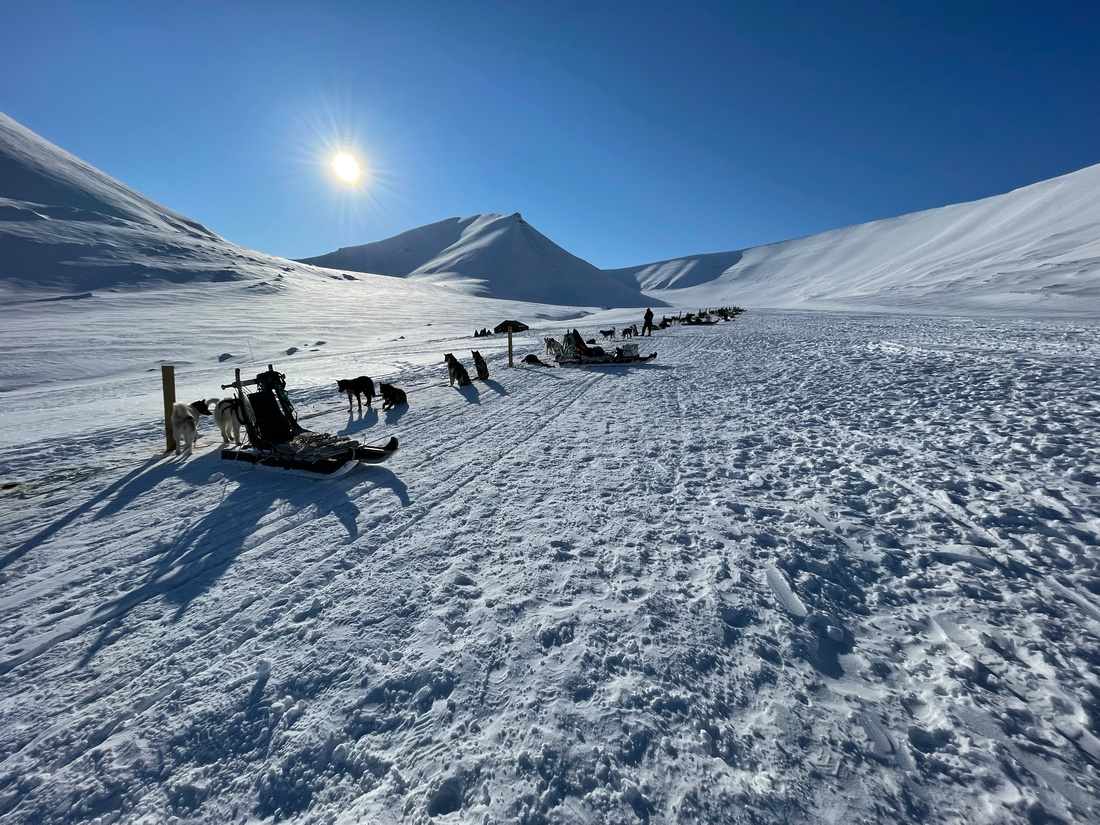 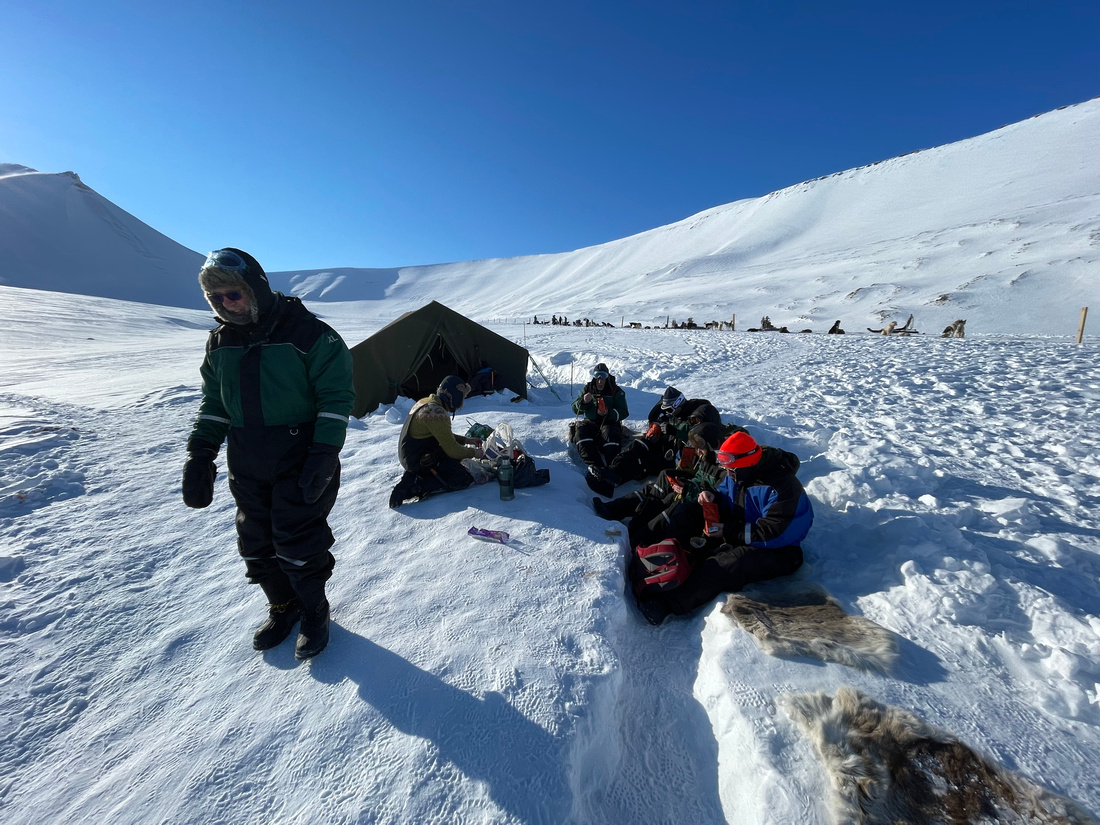 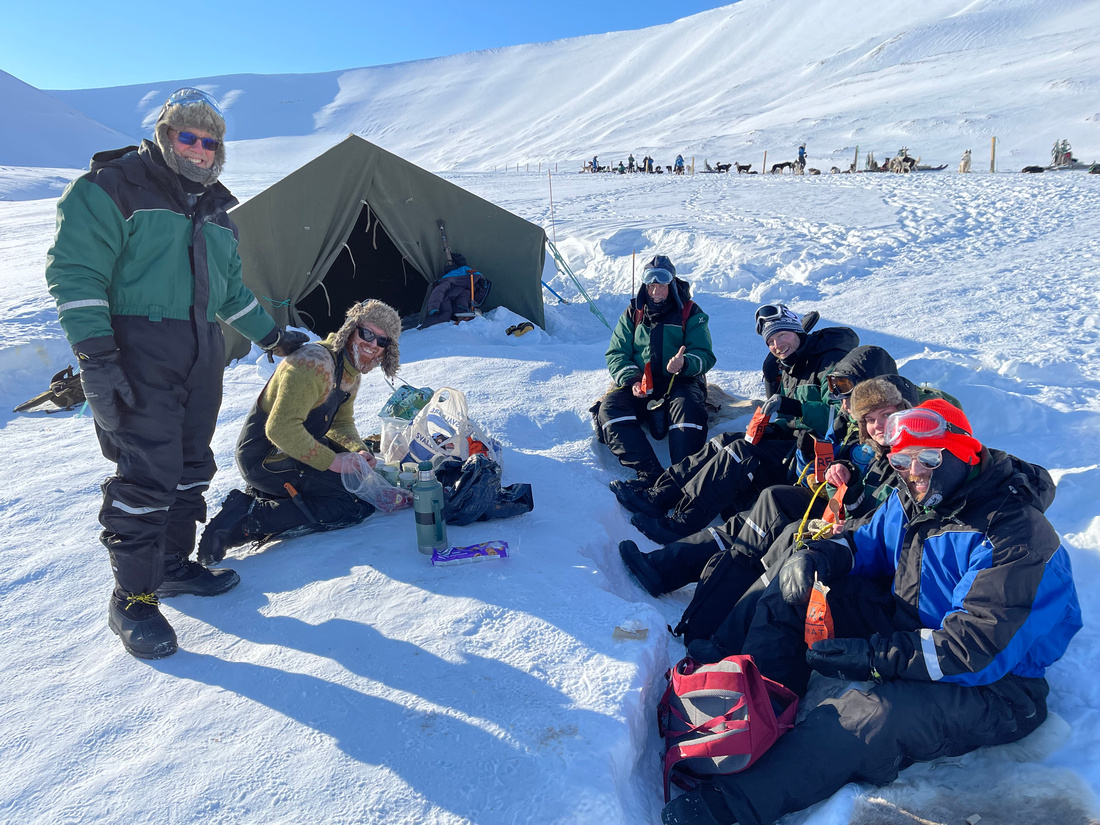 Climbing into the Ice Cave! 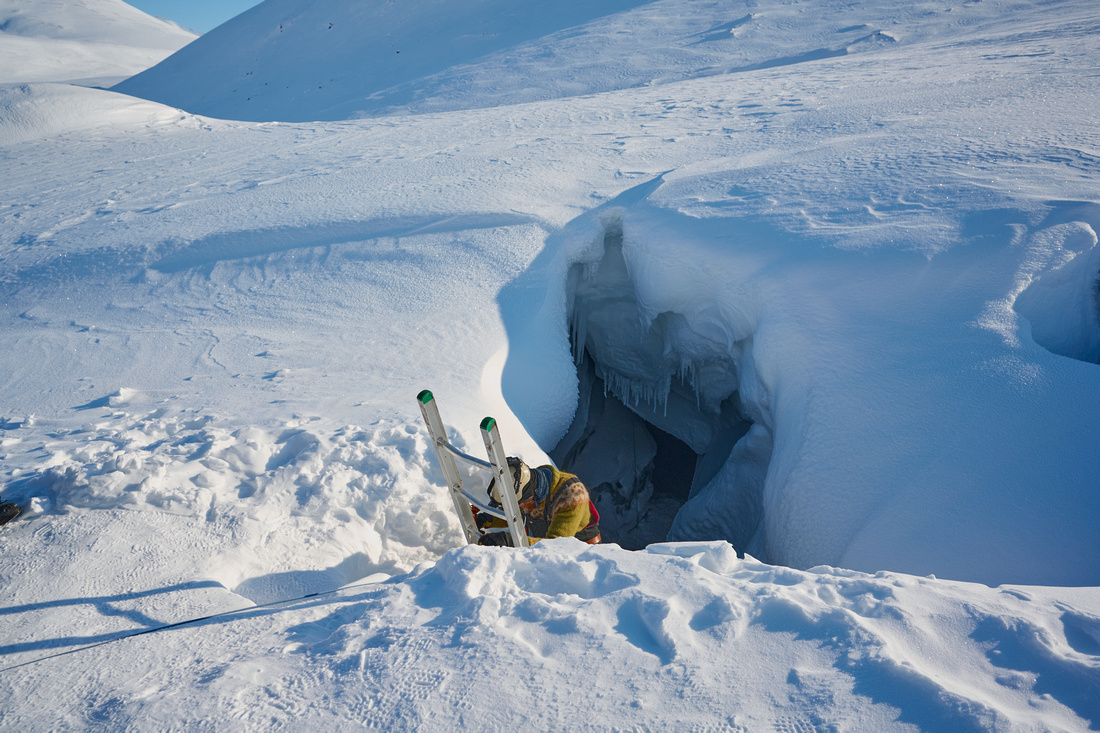 Climbing into the Ice Cave

Climbing into the Ice Cave

Looking upwards towards the entrance to the cave. 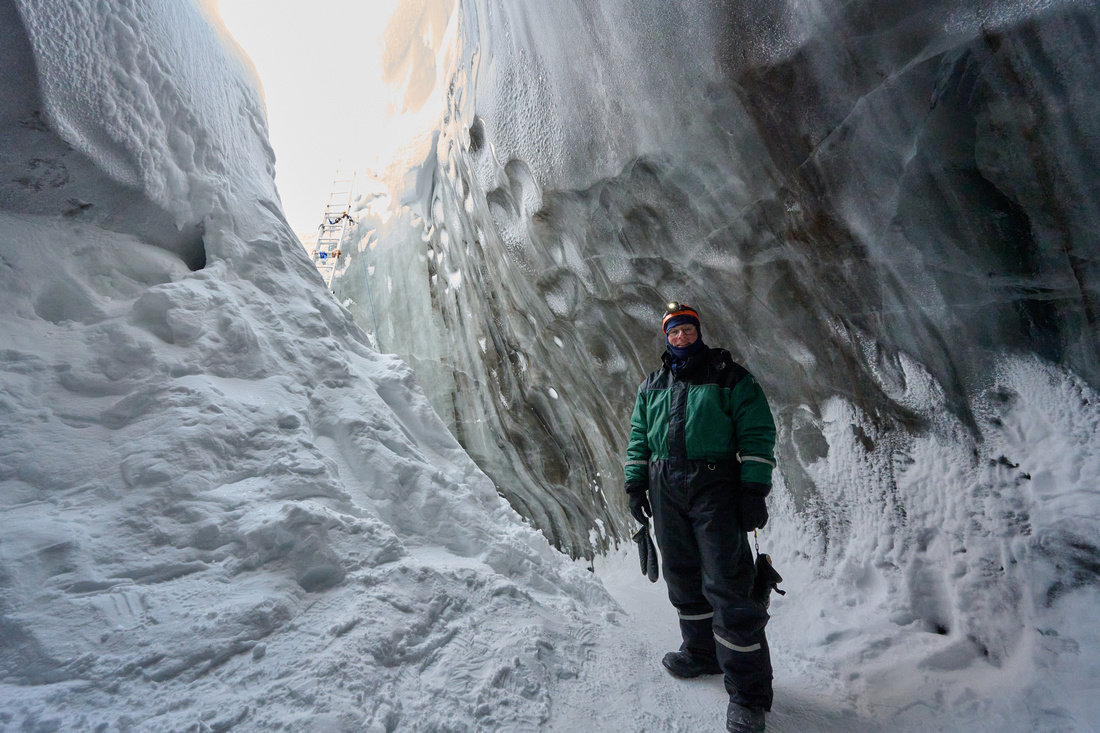 Looking up towards the entrance

The ceiling of the cave. 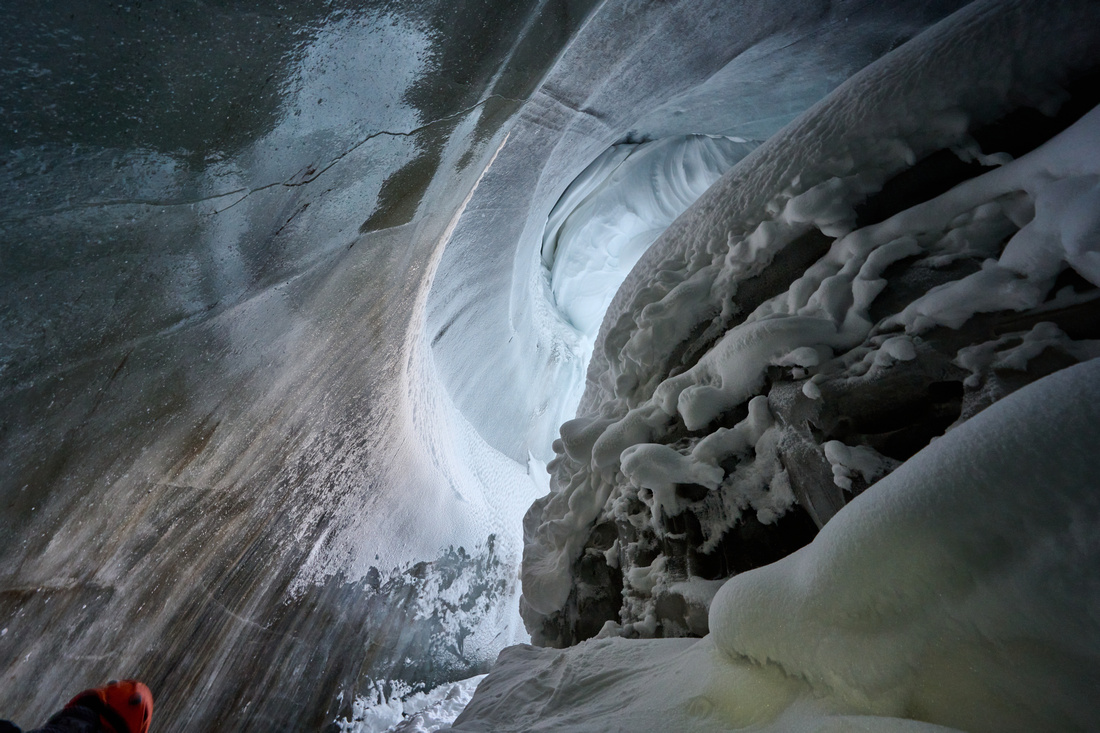 Looking up towards the entrance

Our Guide at the bottom of the entrance - very cool ice wall! 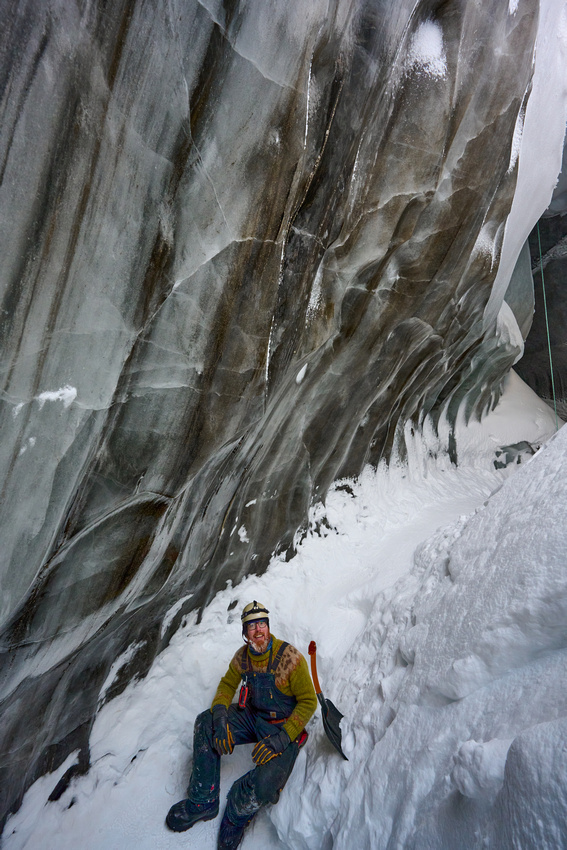 Looking into the cave

The narrow passage of the cave. 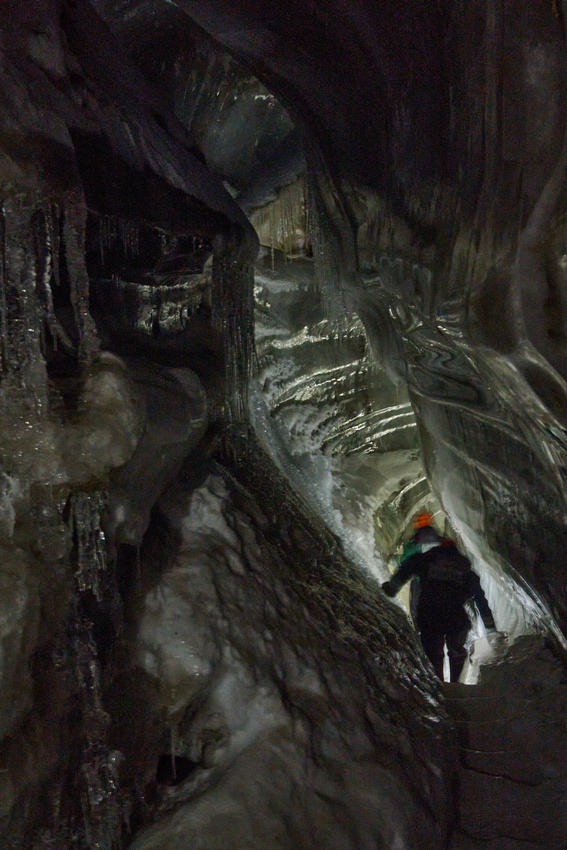 Walking into the cave

A small chamber farther in. 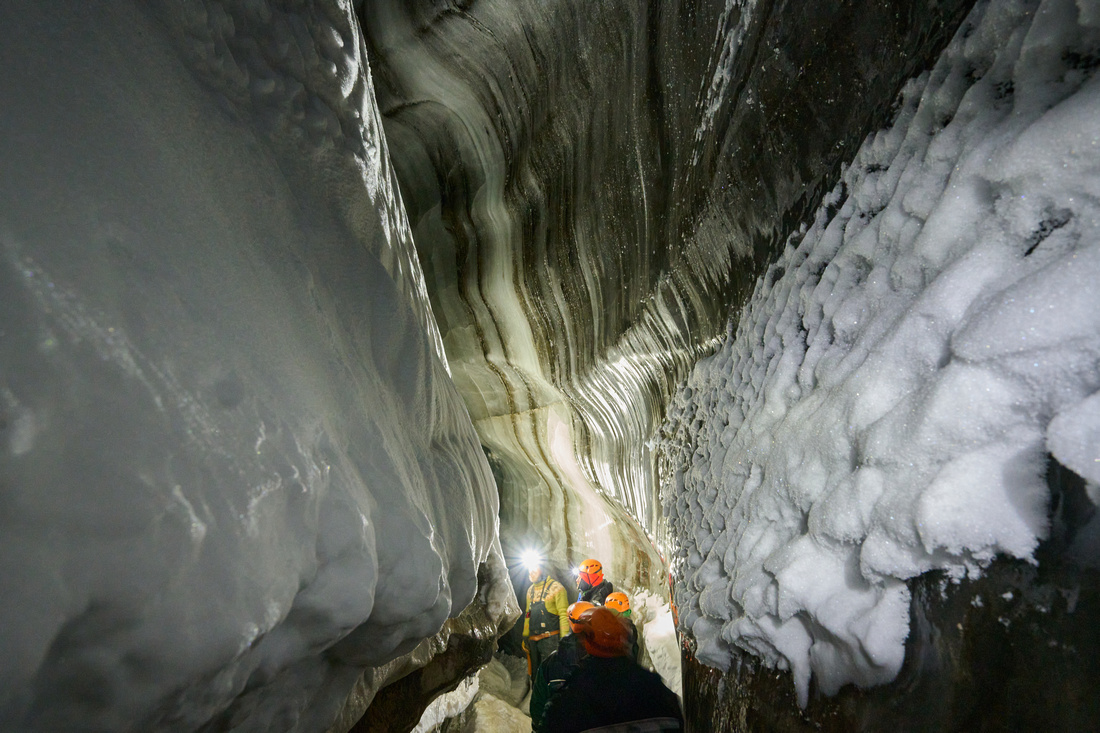 Walking into the cave

Walking back from the cave. 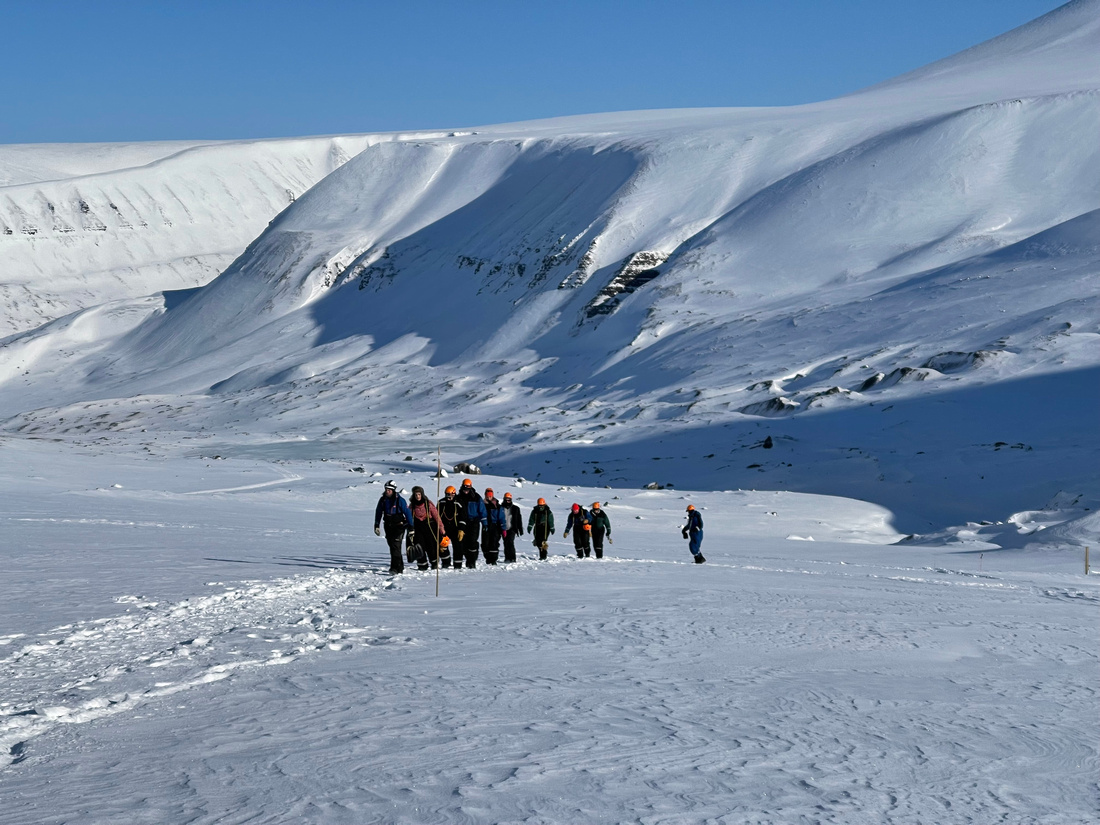 Returning from the Ice Cave 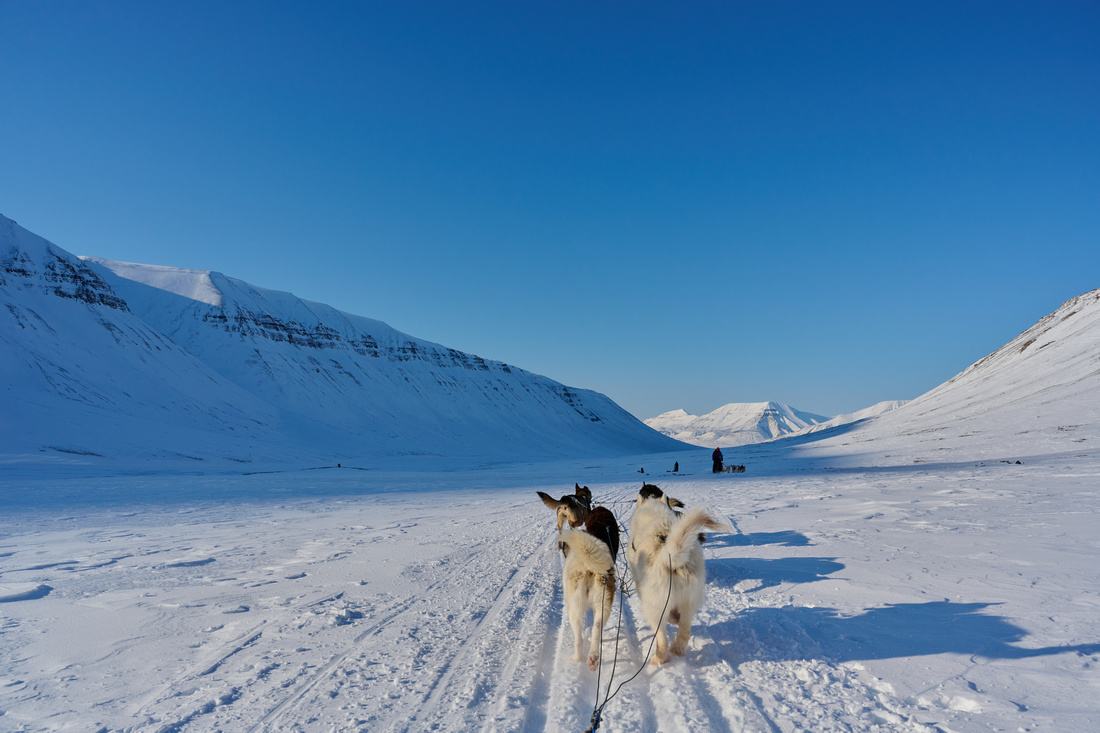 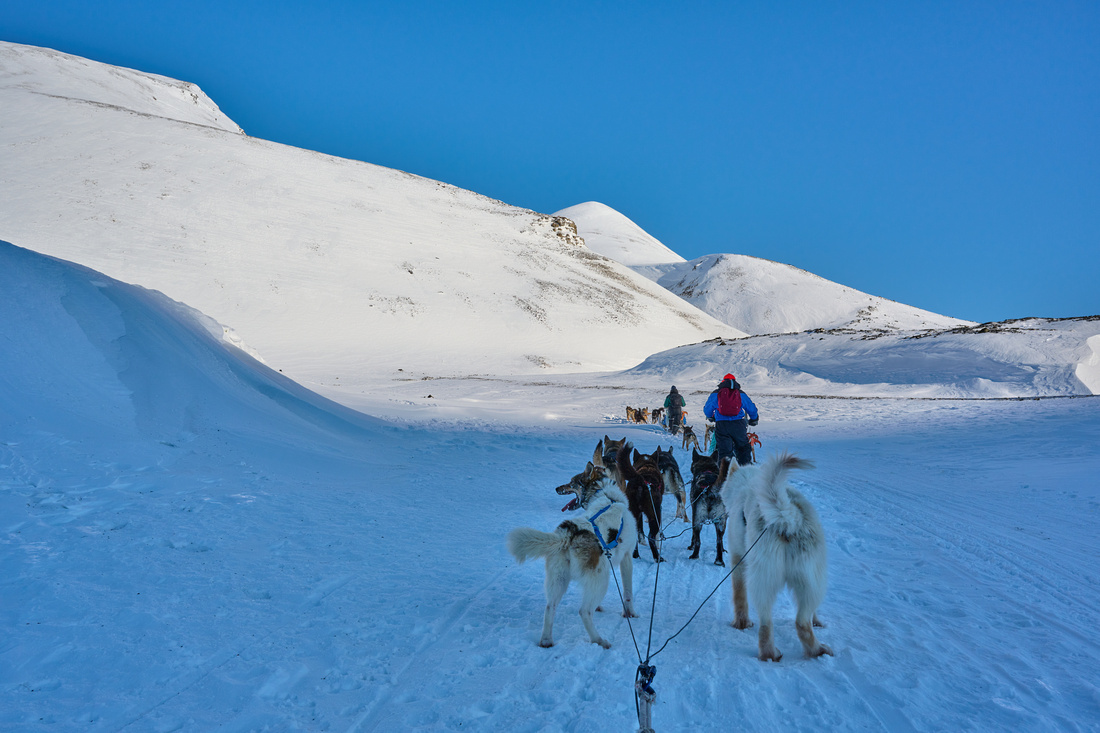 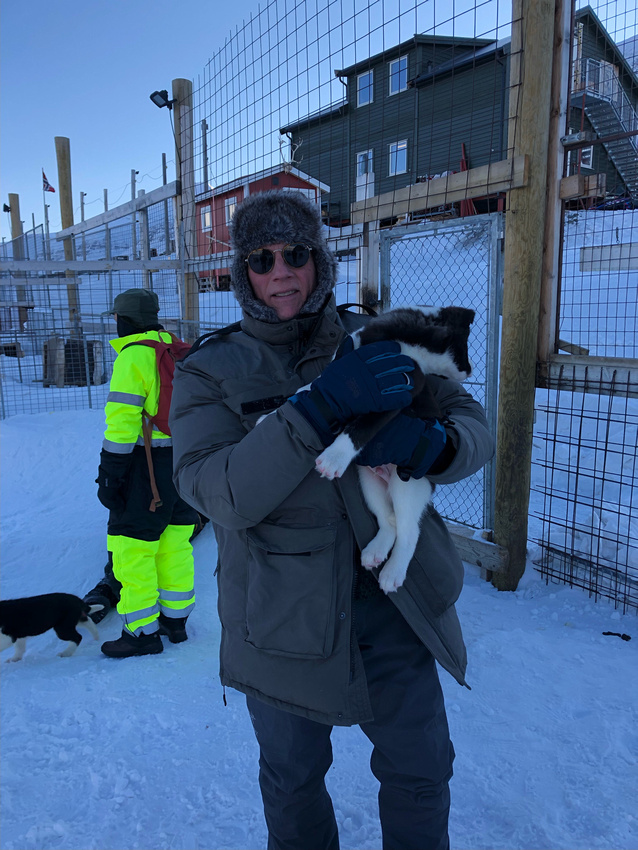